Up to date covid information

Testing volumes are one of the main questions that arises in terms of the government’s response to the second wave. At the moment, the ratio of the tests to the positive is at the level of 6-8. Sometimes the number of tests performed is below 4,000, while the appropriate number of tests would have been 20000- 25 000. The failure to meet this number would ultimately result in the so-called super-spread of the disease, and postponed treatment of the infected. Similarly, there are some questions about the volumes of testing in summer, as only 10 000 tests per a positive case were made.

The Government claims that it adheres to the protocol of tracking all contacts of the sick and testing them. However, the figures suggest otherwise. Public testing points are being practiced in many countries with this epidemiological load. The other day, the government reported a stockpile of 200,000 tests, however, with the proper volumes of testing, this number is extremely low. On top of that, a number of sources claim that it takes 3-4 days to get the test results, which is also quite dangerous given the overall situation in the country. Below, we present you the official statistics issued by Ministry of Health of Georgia. 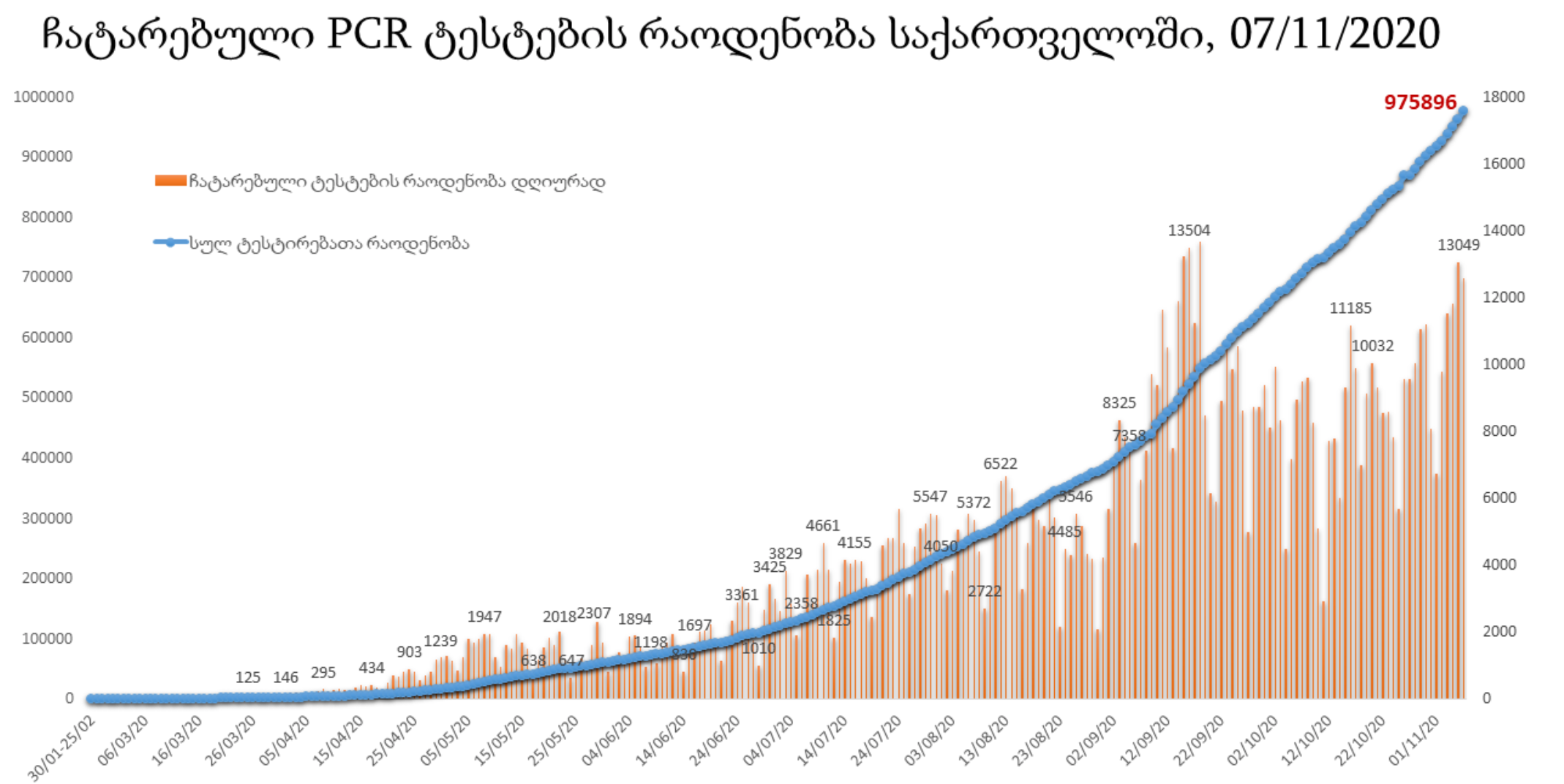 One of the most significant parameters in assessing the pandemic in the country is the mortality rate. This is a big challenge for the government, and for society it is an indicator of how well the system was prepared during the summer lull. We can already make some preliminary assessments. We know from the world's statistics that death from COVID-19, on average, occurs 14 days after the infection. At the time when the second wave hit, the number of patients in critical condition was small and the health system was doing well. Mortality was also very low.

In order to assess the mortality rates, a shift in dates must be taken into account. Indeed, as of right now, the patients who die were, on average, tested 13-15 days ago. To average out the results, we divided the entire period into groups of five days and made a relative shift of three groups. The following table reflects the results of the calculations: